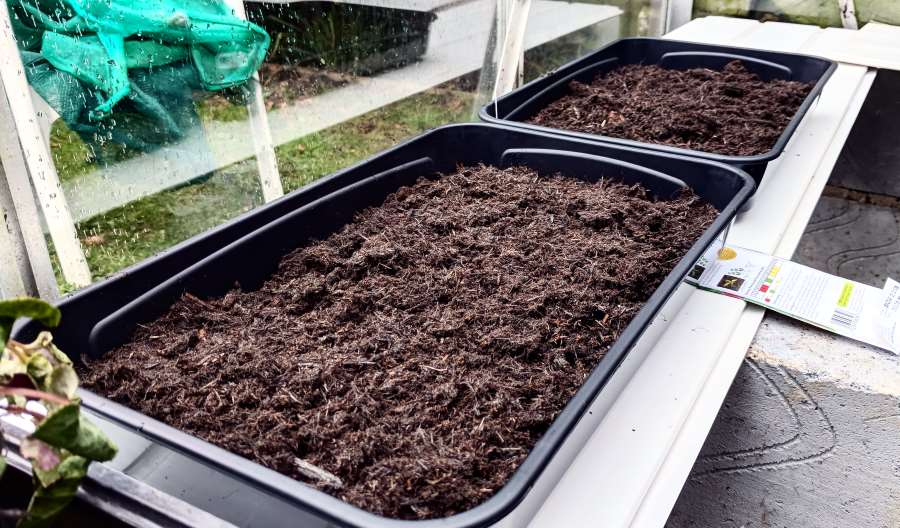 The dilapidated greenhouse we recently attempted to clean has now dried out a bit. There’s still some water on the floor from the cleaning, but it’s evaporating quickly.

I found three white plastic boards at the side of our property, each of which just happen to be big enough to fit into the greenhouse and act as table tops. Two were long, one short, just the right lengths for the left and right side, with the shorter one along the back. They’re not perfect, but they’ll do for now.

I’ve sat them on top of the bricks the previous owners built to act as a temporary table until we can get something more purpose built, but now we have a dry surface upon which we can plant our first seeds!

We’ve gone with one tray of Tomato (Tumbling Tom Red) and one tray of Catnip. We’ve got some Cucamelon to plant, too, but it’s not quite late enough in the year for that.

This will be a learning experience – I’ve no idea what to do next when it comes to growing fruit and veg. We’re keeping it simple for now (we have a lot of other work to do around the place) in order to learn more about the process and any tools we’ll need. Once we’re more settled (probably next year) I’m hoping we’ll really go all out on the produce producing.

We still have all the junk from the greenhouse sat on the grass that we’ll have to get rid of. A lot of wood there, which we may be able to burn, but the plastic will need to be thrown/recycled.

We also purchased a Rose bush for the front garden. We’ve put that in the greenhouse temporarily, but we’ll get that planted in the soil soon. 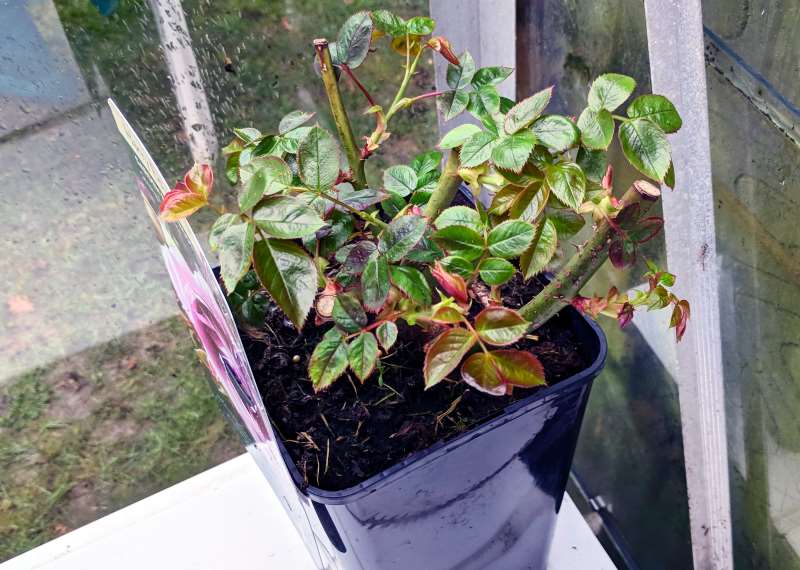