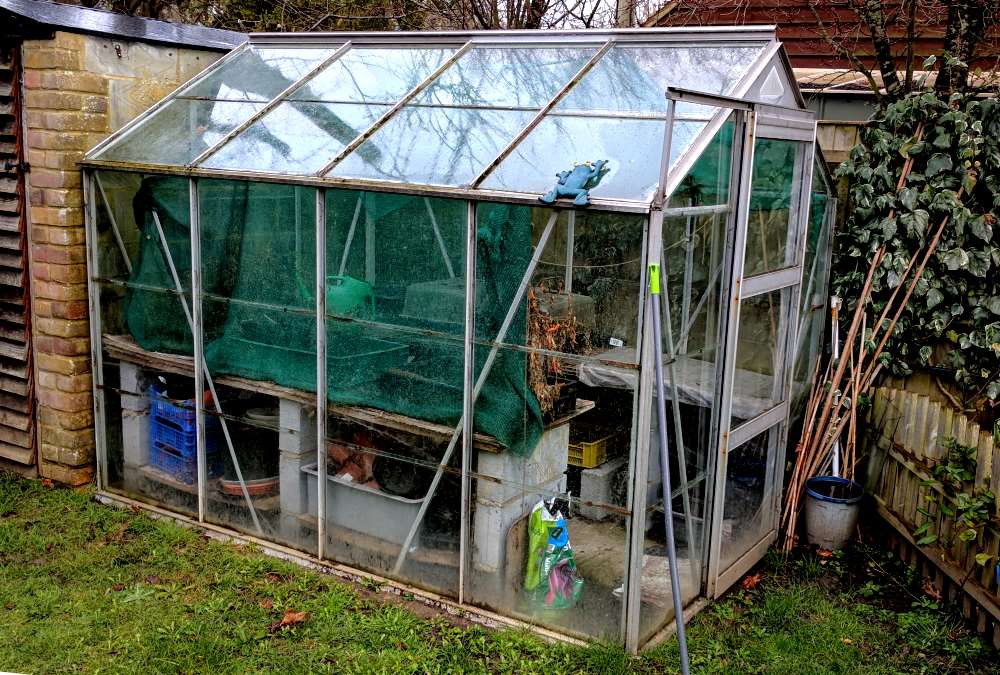 Except for the parts that I didn’t foresee. There was so much junk in there, and a few odd little things that caused a few delays.

First step? Empty it! But before I could do that (step zero?) I had to remove the shelving. It’s all old wood, the right side in the picture from the previous post (also below) is completely rotten. 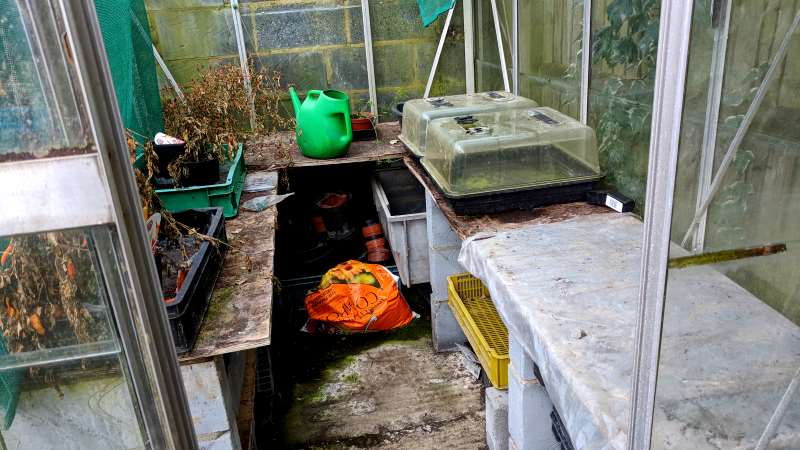 I cleared away the dead plants (and found three living ones, no idea how they’ve survived, they must be very tough) and tried to remove the wood to find that it was in fact two wood boards nailed into the bricks stacked below.

Once I got those wooden boards off, I could easily get to the junk underneath. 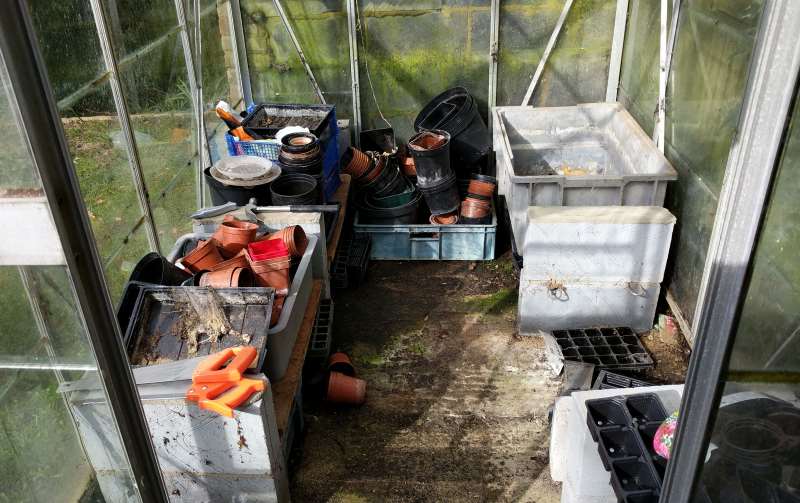 Doesn’t look like much, does it? This is how much the previous owners managed to stuff in there once it had been chucked outside. 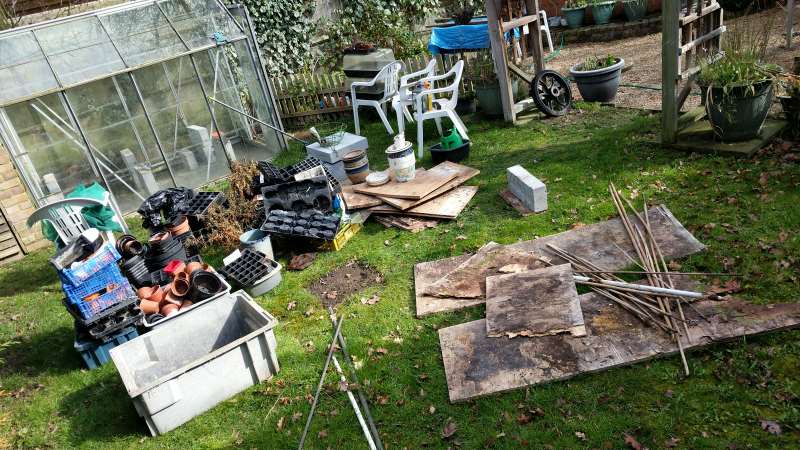 If anything, they were incredibly efficient at using available space. As you can see, there are probably hundreds of plastic plant pots and planting trays, all of them are brittle and snap really easily.

But now the greenhouse is empty! 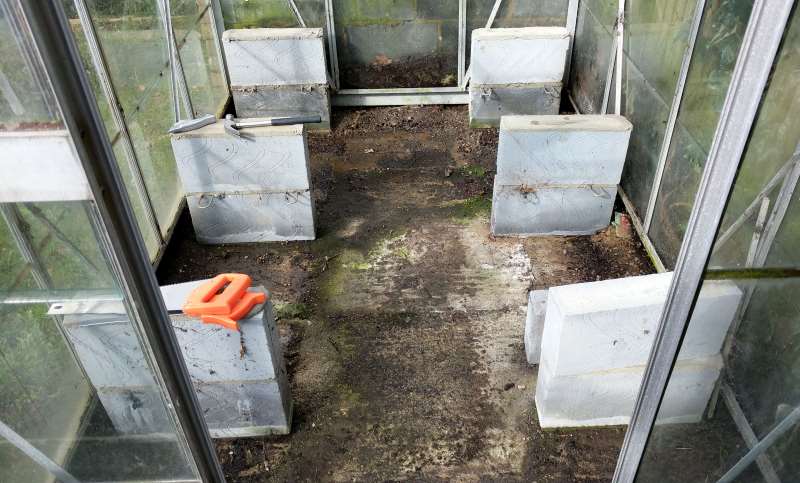 Minus the bricks. These are cemented to the floor. I did knock a couple off by accident, so I think they’ll come out quite easily, but I didn’t worry about that too much.

I gave the floor a quick clean – There is loads of dirt that you can see in the above picture which has seeped in over the years from under the walls and from foot traffic. The greenhouse itself is placed on the grass, not the concrete! I bet every time it rains, a little more dirt falls in… great. 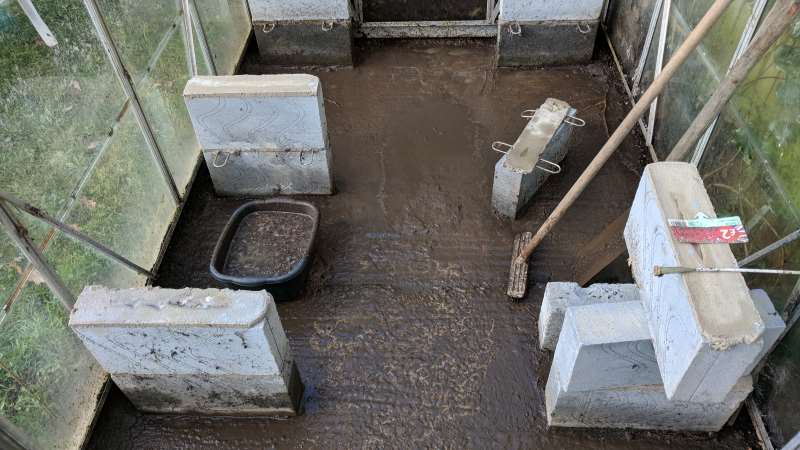 I know, I know, that’s much dirtier than it was. This was only part way through the floor cleaning… though to be honest the current state of it doesn’t look much better. I tried to use as little water as possible as I knew I’d just end up with a brown, muddy, wet floor but even so. I need the floor to dry now so I can hopefully clear up the residual dirt.

Now that I couldn’t do anything further with the floor, I decided to try and get some of the growths out from between the panes of glass and the frame of the greenhouse. I got a lot out, but there’s still so much of this stuff in there. 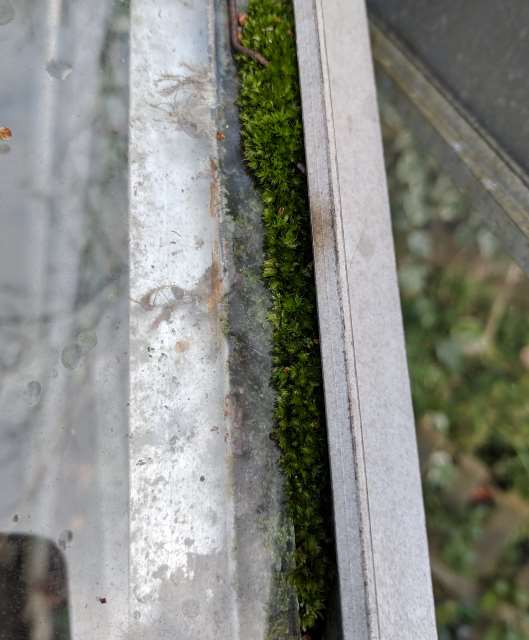 Knowing that I couldn’t do much else without taking it apart, I grabbed a sponge and a bucket and started to clean the glass. 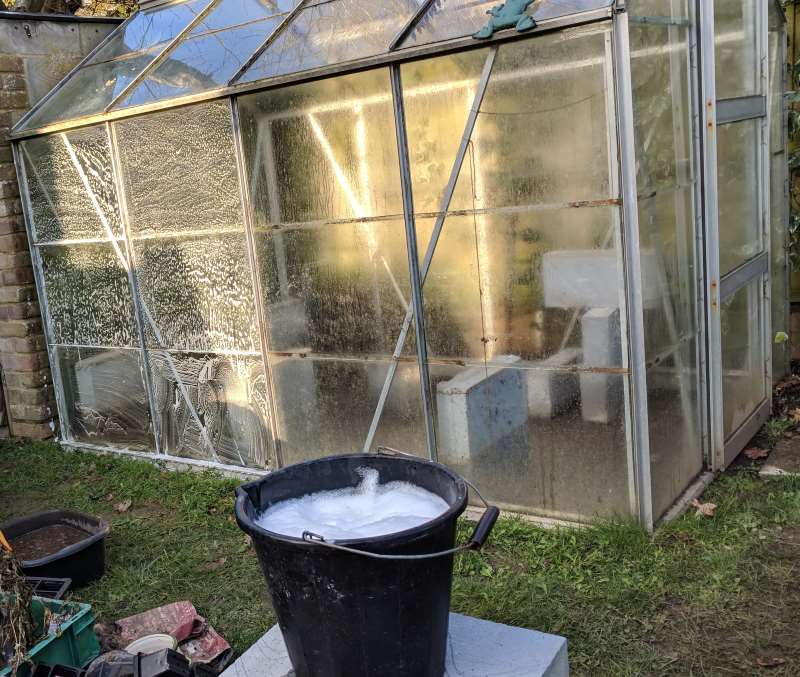 I’ve started on the left half, but haven’t touched the right half (except to spray some very diluted bleach on the inside to hopefully break up some of the mold). Even when it was this dirty, it still got quite warm in there when the sun shined. It’s going to be a furnace once it’s all done.

The sun started to sink, so I stopped after cleaning the two outside walls I could reach, plus the door, and three of the inside walls. I haven’t touched the roof yet. You can see the difference it’s made: 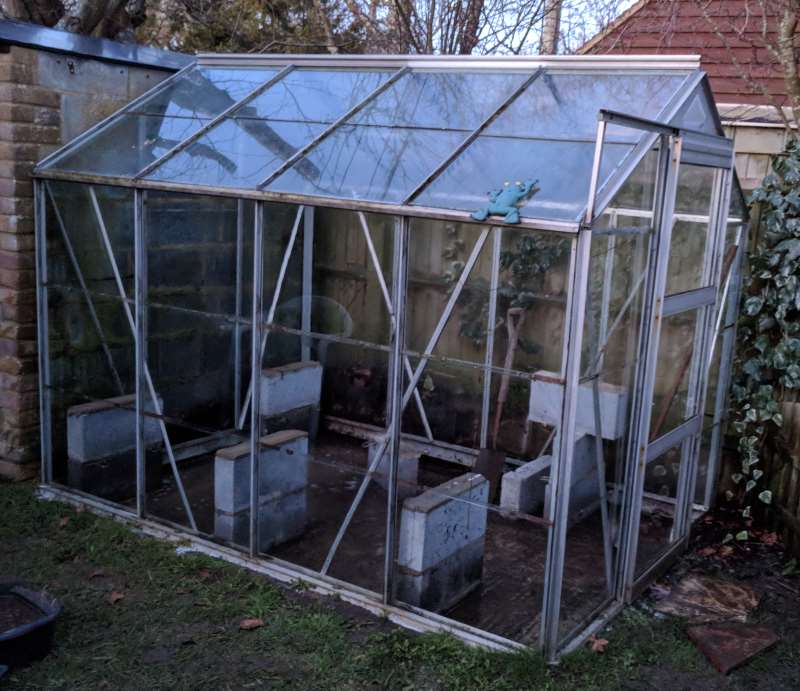 I will hopefully finish cleaning the inside and the roof tomorrow. I’ve got some temporary white plastic boards I’ve found which fit fairly well, so I’ll put those in as shelving once it’s all clean. With any luck we’ll be planting our first seeds by the end of the week!